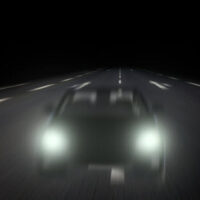 Many car accidents could be prevented if drivers would follow traffic laws. That doesn’t always happen, though. Some drivers act stupid while behind the wheel, doing things such as drinking alcohol, speeding, and driving in the wrong direction.

Wrong-way driving led to the death of one person, with two other people injured. The fatal accident happened on the evening of August 3 on Winkler Drive.

A sedan veered into oncoming traffic, hitting a pickup truck in the 9400 block of Winkler Drive. The driver of the sedan as well as a passenger, an unidentified woman, were injured and taken to Memorial Hermann Hospital. The woman later died.

A man, woman, and infant were in the pickup. The driver suffered minor injuries. While the 6-month-old wasn’t injured, they were taken to a local hospital as a precaution.

It is believed that the driver of the sedan was intoxicated at the time of the crash, as there were alcohol bottles inside the car.

Wrong Way Crashes on the Rise

There is a disturbing trend toward wrong-way crashes across the country. These accidents are on the rise and are often caused by alcohol. Most of these crashes happen late at night or early in the morning, when visibility is at its worst.

There are several main types of wrong-way crashes:

Wrong-way crashes happen because of the following:

Wrong-way crashes can happen for a variety of reasons. Sadly, they can cause catastrophic injuries and even death.

If you have been involved in any type of car crash, seek legal help from the Houston auto accident attorneys at The West Law Office, PLLC. Discuss the situation with us and we’ll ensure the process for filing a claim goes smoothly. Get the compensation you deserve for your injuries. To schedule a free consultation, fill out the online form or call 281-347-3247.

By The West Law Office | Posted on September 7, 2021
« 2 Killed When Ferrari Loses Control In Houston
Most Common Car Defects »