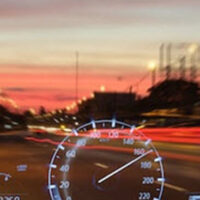 Speed can cause a driver to lose control. This was recently the case in Houston. As a result, two vehicles collided, killing one person.

The fatal accident occurred on October 26 in the 300 block of W. Gulf Bank Road. A woman was speeding in a Cadillac when she lost control. The vehicle spun around and went into oncoming traffic.

A Lincoln coming from the other direction hit the Cadillac, with both vehicles bursting into flames. The woman driving the Cadillac was injured and taken to a local hospital. A man and woman in the Lincoln were hospitalized with life-threatening injuries. The woman later died. The crash is still under investigation.

As the saying goes, “speed kills,” and while it may seem cliché, it is accurate. For every 10 miles per hour you go, your risk of dying in a crash doubles. In fact, speed kills thousands of people in the United States every year.

Speed involves several elements of physics, including velocity, vehicle mass, kinetic energy, centrifugal force, and Newton’s law. Because of these elements, speed affects driving in various ways. For example, centrifugal force makes it difficult to drive fast around curves. That’s because the curves pull at your vehicle, making it harder to stay in your lane.

Speed also reduces a driver’s reaction time. The faster you are moving, the harder it is to react to hazards in the road, such as pedestrians, animals, icy roads, and rain.

Speed also increases the risk of rolling over, especially in vehicles with a high center of gravity, like SUVs. Going too fast also increases stopping distance. This means that by the time you realize the need to slow down, you may not be able to stop in time to avoid the hazard.

Also, while your vehicle may have seat belts, airbags, and other safety features, faster speeds reduce their effectiveness. As the force of the accident increases, these features are less able to protect you.

Other Effects of Speeding

Even when speed does not kill, it can cause other effects. For example, speeding is against the law, so it can cause a driver to receive a citation. This citation results in fines, which can lead to license loss. In positions that involved driving, a person could even lose their job.

There are also the after effects of speeding to consider. A speeding ticket can raise insurance rates. If the speeding leads to an accident, the driver can be sued and forced to pay compensation to victims of the crash.

Speed and other factors can make vehicles dangerous. Sometimes drivers forget they are behind the wheel of a piece of machinery weighing a ton or more.

Car accidents can be minor, fatal, and everything in between. If you suffered damages due to a crash, make sure you get the help you need. The Houston auto accident attorneys at the West Law Office, PLLC can assess your case and help you understand your legal rights and options. Fill out the online form or call 281-347-3247 to schedule a free consultation.

By The West Law Office | Posted on November 22, 2021
« Bicyclist Killed In Houston Crash
Motorcycle Accidents: What To Do After One And How To Avoid Them »