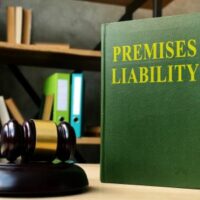 Renters want to feel safe in their homes. They may rely on their landlords to provide them information about safety in the area. For example, they may want to know when serious crimes occur so they can move to a safer neighborhood.

A Houston couple has filed a premises liability lawsuit against their landlord after their daughter was shot in the head by a stray bullet. The 3-year-old girl was sitting in the back seat of her mother’s car when the shooting occurred.

The incident occurred on April 26 at The Palms Apartments, located on Cypress Station Drive in Houston. The mother was dropping off trash while her 3-year-old and 5-year-old daughters were in the car. She looked behind her and saw nothing but red. Because she and her husband are deaf, they were not aware that a shooting was in progress.

The woman called her husband for help. Their daughter is currently hospitalized and faces a tough recovery.

The family has filed a premises liability claim against The Palms Apartments for failing to protect them and notify them of the ongoing crime. The apartment complex has seen a high amount of violent crime. Based on police reports, in the last three years, there have been close to 2,500 calls to police. Of those, there have been 85 reports of gunfire and 41 assaults.

The apartment complex has no comment about the lawsuit. However, they are making safety a priority.

While most premises liability cases involve slips and falls and poor lighting, some involve criminal acts. When a person is a victim of a crime due to the property owner’s negligence, they can file a lawsuit and receive compensation. However, the victim must show proof of negligence.

Whether or not a person is eligible for compensation will depend on their status. A trespasser, for example, will not likely be able to recover compensation from a property owner, since they were not allowed on the property in the first place.

Invitees are owed the highest duty of care, since they generate money for a business. They are given the highest standard of care, so they should be warned of dangers, such as crime. Also, the property owners should inspect the premises to look for dangers and maintain the property so that it is reasonably safe.

Another factor is foreseeability. Could the incident have been prevented? Given that the apartment complex in this case was located in a high-crime area, the landlord should have taken steps to ensure its safety.

Apartment owners have a legal obligation to protect tenants and guests from crime, injuries, and accidents. When they don’t, and someone gets injured, they can be held liable and sued.

Premises liability accidents can happen in a variety of ways, from slips and falls to gunshot wounds. Contact the Houston premises liability attorneys at The West Law Office, PLLC if you or your loved ones were injured. Schedule a free consultation by filling out the online form or calling 281-347-3247.